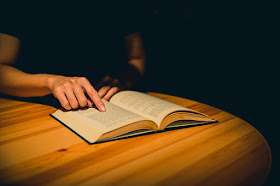 1. Get better at problem solving

2. We are children of our times

Let’s say you have two people, Person A and Person B. They are both value investors who follow the strategy laid out by Benjamin Graham in the 1930s.

Person A was born in 1930. Person B was born seventy years later, in 2000. They both start applying the Graham investing strategy at a very early age, let’s say when they were 15 years.

Person A becomes Warren Buffett, once the richest man on earth, who experienced one of the biggest booms in value stocks when he was young. Person B loses half of their money because value stocks are out of favor in the 2010s. And picking winning value stocks is almost impossible.

Once we let go of outcomes, we can look inward and focus on the things that truly matter: To become a good person with values, who has character, and is good at what they do.

3. The Chinese Government key determinant of success in a Chinese venture

For the last two decades, China has been the dominant story for both the global economy and capital markets, as the country's immense growth and infrastructure investments have sustained commodity prices, and altered the balance of world economic power. That growth has come (or should have come) with the recognition that in almost every venture in China, public or private, the Chinese government is not just a player, but often the key player determining the venture's success and failure. Afraid of being shut out of the biggest, growth market in the world, companies operating in China have accepted limits and constraints that they would fight in almost every other part of the world, including in their own domestic markets.

You don’t want to interrupt that compounding lightly. You better have a pretty darn compelling reason to sell a winning business just because the stock doubled in a year and looks “expensive.” Otherwise, your sale is going to look really costly some years later.

Trimming is one of those things that sounds so sensible, so smart. It also satisfies that itch to “do something.” Yet, if you own a really good business and take the long view, you’re probably better off leaving it alone.

There is a similar idea to trimming that sounds smart, but doesn't hold up if you’re a long-term investor. It goes like this: “X stock is too expensive, I need a 10% [or 20%] correction before I buy.”

5. Growth trumps over high PE over the long term

The reason that Wal-Mart produced a fantastic return from 1974 to now is not that it was cheap relative to its present or near-term future earnings.  By the standards of 1974, it was actually a growth stock–priced at almost twice the market multiple.  In the current market, an equivalent valuation would be something like 30 or 40 times earnings–for a business with uncomplicated earnings that had already been in operation in Arkansas for three decades.  It produced a fantastic return because it was a fantastic business, with miles and miles of growth still in front of it.