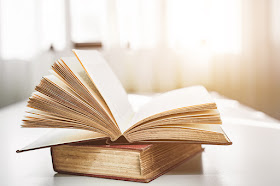 1. Building new eyes in the lab

The human brain is one of the most ridiculously complex things nature has ever concocted, so to help us understand it better, scientists have been making miniature versions in the lab. Skin cells are taken from adult donors, reverted back into stem cells, and placed into a culture that mimics the environment of a developing brain, encouraging them to form different brain cells. The end result is a pea-sized, three-dimensional brain model that can be used to study development, disease or the effects of drugs.

Now, research led by the University Hospital Düsseldorf has taken it a step further. The team has grown brain organoids complete with optic cups, vision structures found in the eye where the optic nerve meets the retina. They grew symmetrically at the front of the mini-brain, giving the organoid a striking visage.

But most importantly, these optic cups were functional. They contained a diverse range of retinal cell types, which formed neuronal networks that actually responded to light and sent those signals into the brain. Lens and cornea tissue was also formed.

2. Will we eat our vaccines in the future?

Add in the recent boom in gene editing tools, and molecular farming is on a roll. The process is similar to genetically modified (GM) crops. It starts with introducing a vector into the whole plant or plant cells, which carries the genetic code to make a protein or a vaccine. Depending on the type of vector, the new DNA can integrate into the plant’s own genome—something called “stable expression”—or it can float around for just long enough for the plant to carry out its protein-making instructions.

The latter, dubbed “transient expression,” is especially tantalizing for its rocket speed. It’s possible to extract vaccines and therapeutic proteins within weeks. The other benefit came as a surprise. Plant-produced vaccines and monoclonal antibodies—for example, those used to treat severe Covid-19 cases—are far more potent.

So far, monoclonal antibodies produced by plants against HIV and Ebola showed very few side effects, with the most common ones being a low fever in three clinical trials.

Perhaps the most tantalizing promise of molecular farming in the near future is crops that contain a vaccine.


You might think of serendipity as passive luck that just happens to you, when actually it’s an active process of spotting and connecting the dots. It is about seeing bridges where others see gaps, and then taking initiative and action(s) to create smart luck. Serendipity is a guiding force in great scientific discoveries but it’s also present in our everyday lives, in the smallest of moments as well as the greatest life-changing events. It’s how we often ‘unexpectedly’ find love, a co-founder, a new job, or a business partner – and it’s how inventions such as Post-it Notes, X-rays, penicillin, microwaves and many other innovations came about.

Netflix co-founder Marc Randolph says that the "glorification of entrepreneurship" has given many aspiring entrepreneurs a mistaken perception about the true reality of building a company. "They think it's all pitching, going to parties and launches - it is not. It's a very, very repetitious, grinding, scary and sometimes disappointing career, where you're doing things that don't work over and over and over again. It becomes problematic however, when people start to believe that this education alone is sufficient to launch a business.

He said it's the equivalent to people thinking they can learn how to play golf simply by watching YouTube videos and reading books.

5. The history of food processing

From the moment one innovative ancient human decided to cook their meat on a fire at least 400,000 years ago, to the advent of agriculture 10-15,000 years ago, people have processed foods. Our ancestors fermented (essential for alcohols and dairy products), milled and baked (breads and pasta), and worked out how to preserve meat by salting or brining. The early history of food processing was both useful and tasty.

Food processing was essential to the expansion of human civilization. It’s very difficult for our bodies to extract anything useful from a kernel of wheat, but ferment it into beer or mill it into flour and you can make a calorie-rich food. Techniques like salting or pasteurisation make foods safer and last longer. This allowed humans to travel further and survive cold winters or harsh famines.

Much of food processing is about making foods safer and longer-lasting, which is better for the environment as it means less food waste.